For the Mary Magdalene series, Lilian Broca’s artistic investigations entailed extensive research encompassing many historical texts with conflicting perspectives. She borrowed from many unfamiliar ancient texts to broaden the historical lens and bring the multiple traditions of Mary Magdalene into clearer focus. Each panel is conceived as “a page” from an Illuminated Manuscript which had been a medium utilized by monks for the creation of sacred texts. The 7 different languages included in this series represent the texts and languages spoken in the time of Mary Magdalene: Latin, Ancient Greek, Armenian, Amharic, Hebrew, Coptic and Aramaic. These texts are vestiges of prior stories, palimpsests, drawing attention to alternate interpretations and prior beliefs buried deep beneath the surface and lost in revisionist history.
Also, it seeks to reacquaint contemporary viewers with a long-lost concept: sacred language. Broca reintroduces language to us as a spiritual medium, where its very characteristics – letters, words and scripts – in and of themselves are infused with a spiritual essence, which supersede our intellectual understanding and that this overlooked aspect is the very core of ancient literature and stories. 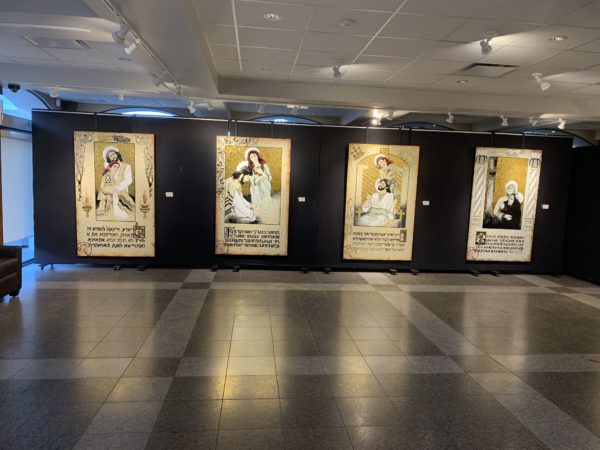 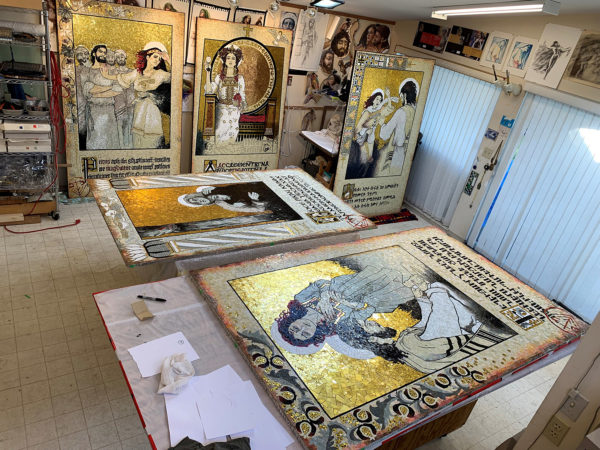 In this current series on Mary Magdalene, Broca desires to reassess and resurrect the reputation of a woman who has been misrepresented and misunderstood for many millennia. Broca believes that Mary Magdalene’s time has come. No longer should she serve as a shadow figure embodying and symbolizing aberrant female behaviour, a woman whose graven image has been frozen in time, atrophied in a pose of seeking redemption on her knees, hands outstretched, panic-stricken face, depicted with a scarlet letter red dress and even more scarlet hair, placating Jesus’ forgiveness for time immemorial (as Giotto would have it). Rather, in Broca’s view Mary Magdalene is an unacknowledged saint, companion, prophetess and even the 13th apostle. She is also the sole witness to Jesus’ resurrection, hence becoming the cornerstone on which the Christian faith has been built. For Broca, Mary Magdalene is not an icon of redemption, instead, she is a symbol of misunderstanding. She is an emblem of conscience, warning us that in matters of history and faith each one of us must embark on a personal and intimate journey, called the search for truth.

Read more about Lilian and her work: https://www.lilianbroca.com/