Vinny Buttari writes: SAMA gang, this is Vinny, Merryl’s husband. I wanted to let you know that Merryl has passed….I miss her so.  She passed in my arms, at home, just like we planned.  It happened right before this nightmare we are going through now so were were lucky enough to celebrate her life with a great service which she would have loved.  It is a tough time for me but I’m being strong, just as she told me to be.  I’m living at the beach house most of the time for this was our happy place.

I went with Merryl to a few of her SAMA conferences.  I got so much joy watching her excitement as she planned these trips to be with her mosaic BFFs. She loved showing off her Mosaic Art at the shows and admired all of the creative artwork on display.  I wanted to share her art with you all at SAMA for you were her inspiration. 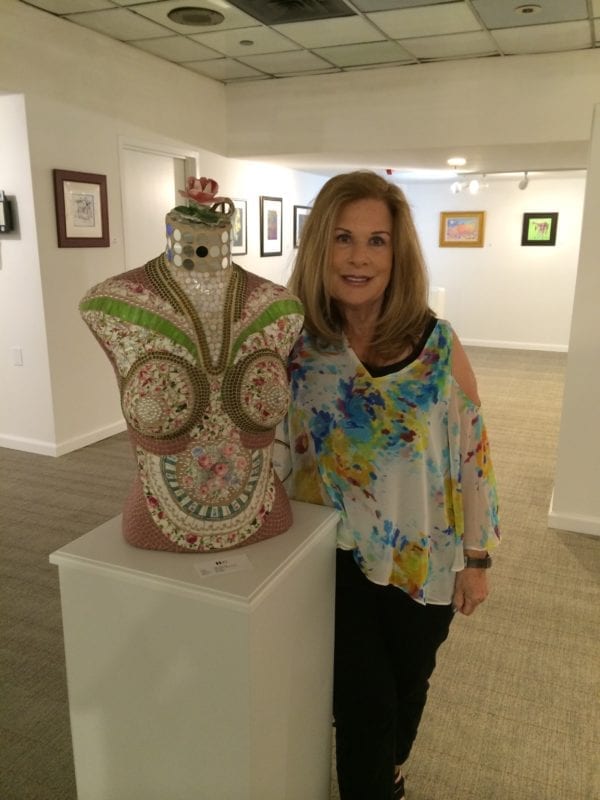 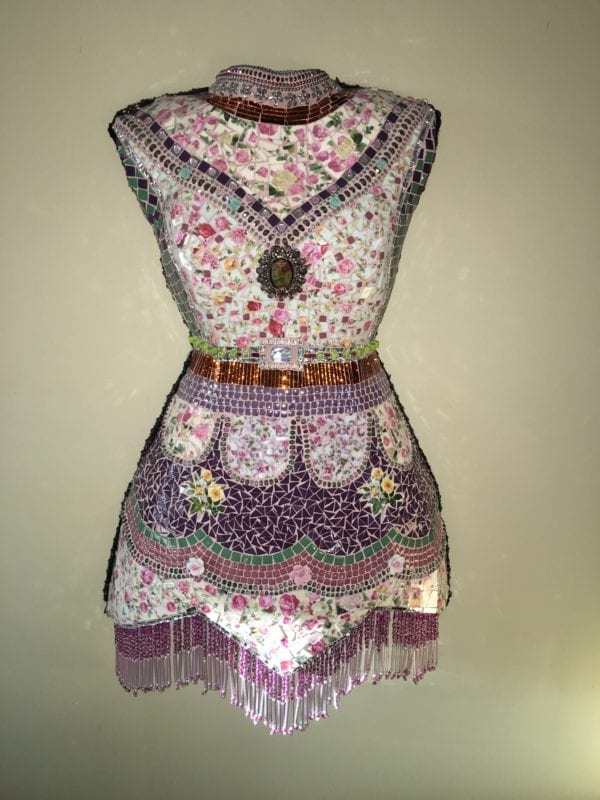 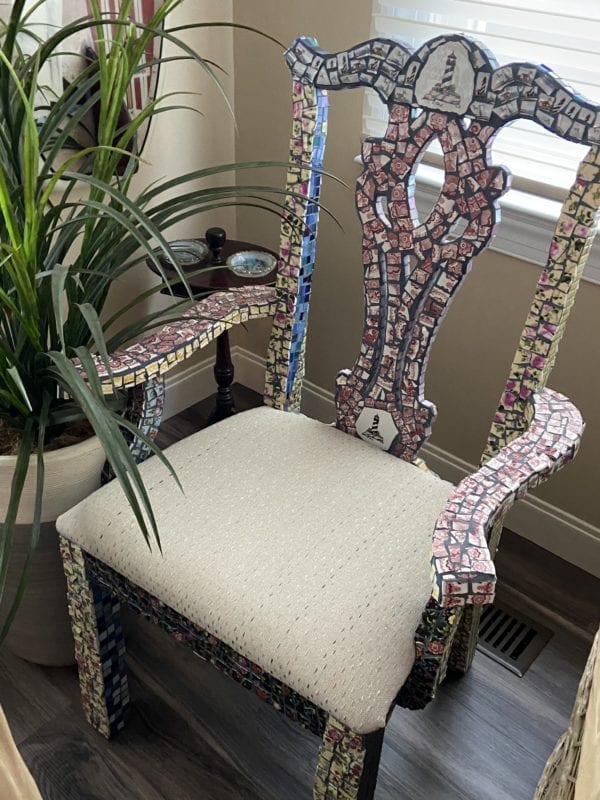 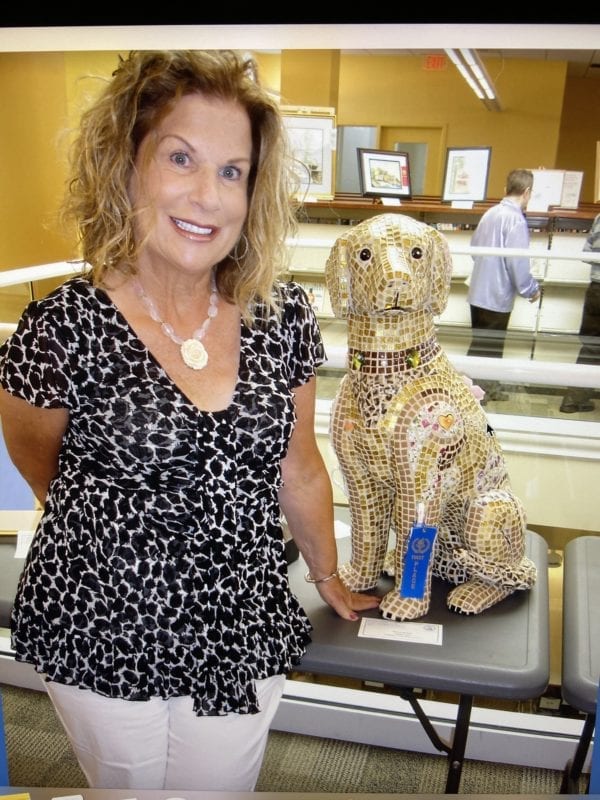 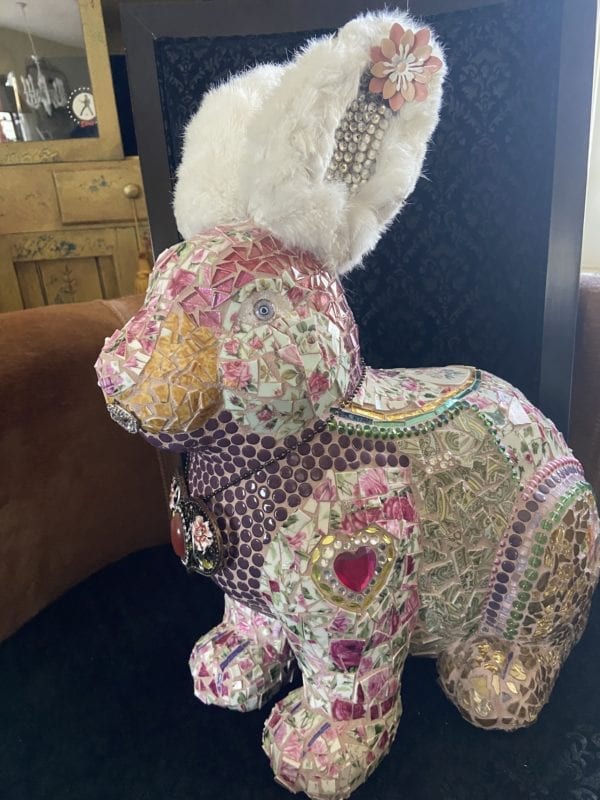 Ears To You, Merryl Buttari 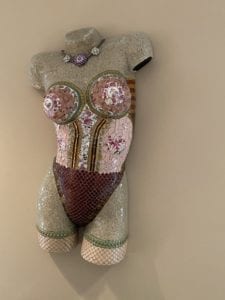 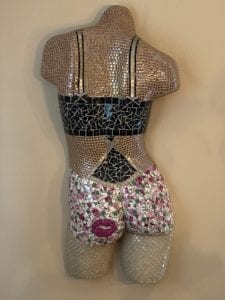 Back of Mannequin, Merryl Buttari 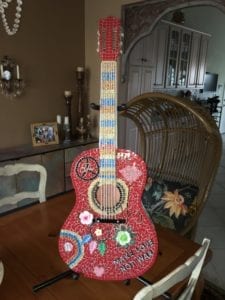 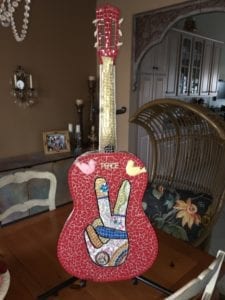 Back of Guitar, Merryl Buttari 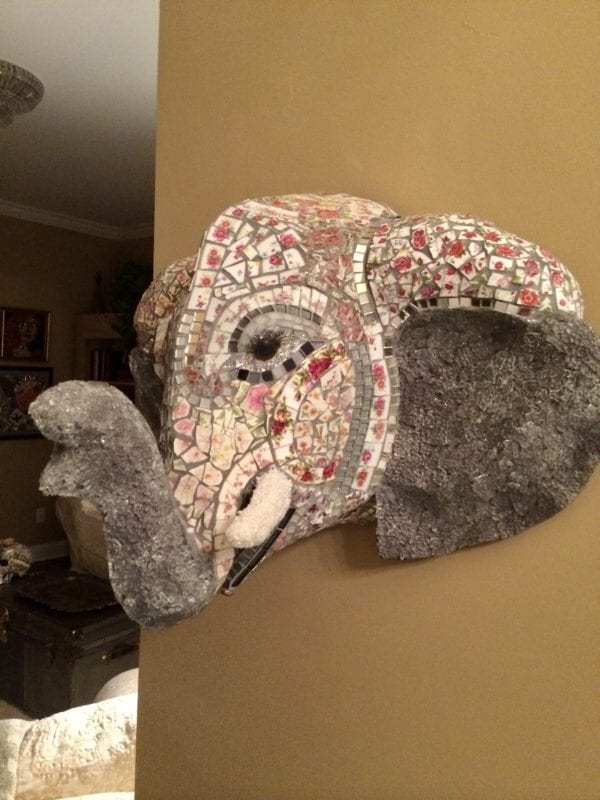 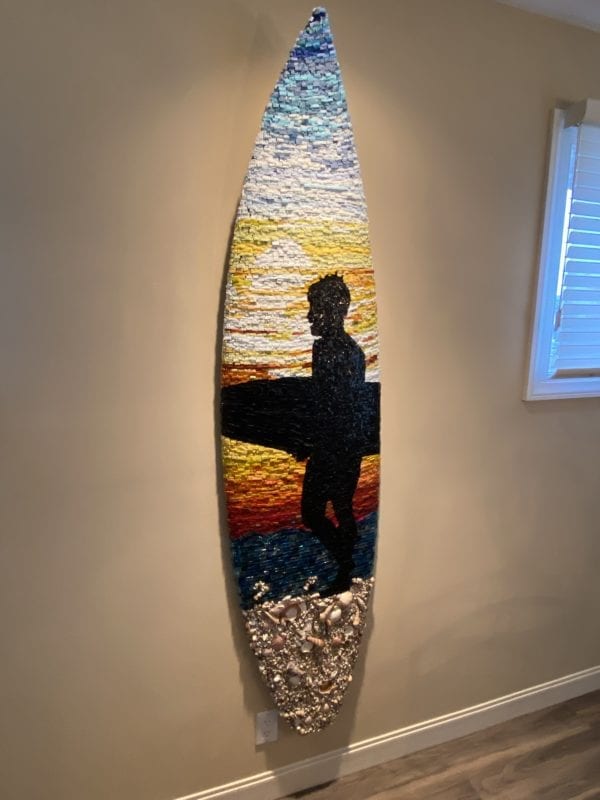 Surfboard, Merryl was particularly proud of this mosaic

In loving memory of Merryl Buttari