“My Paradise of Shards” Documentary Screening 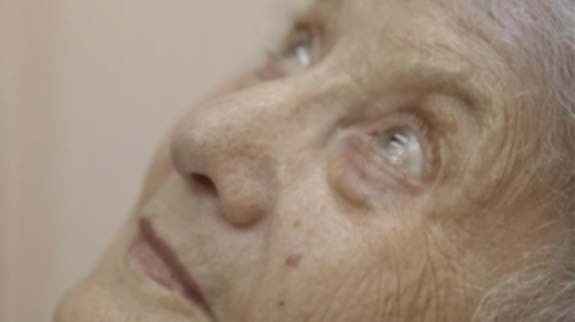 SAMA is honored to present a screening of the film, My Paradise of Shards directed by Anna Katrin Schneider and co-produced by Feinshmeker Film with BR Bayerischer Rundfunk and HFF University of Television and Film Munich.  The Screening will be preceded by a short introduction by Ilana’s son, Giora Shafir who will also engage in a short Q&A after the screening.

Ilana Shafir grows up in an ideal world. With her German-born family, she lived in Yugoslavia and felt at home in her multicultural hometown Sarajevo dreaming of becoming an artist one day. But as the Nazis invade the former Kingdom of Yugoslavia shortly after her 17th birthday, Ilana’s Jewish family escaped at the very last second and found a hiding place in a village in what is Croatia today. Against the despair that arouses around them, Ilana is struggled with unbroken optimism and held on tight to her dream of having an artist’s career. She created her own world, improvising her images out of every material she can find. The treasures of her moving life story are slumbering today in huge drawers in her atelier in Ashqelon, Israel.

At 90 years old, Ilana lived in the south of Israel and viewed things still “a bit different,” as her sister uses to say.  Despite recurring rocket alarm, Ilana would sit calmly in the studio behind her house putting things together shard by shard.  Ilana Shafir’s method was to make large-scale mosaics out of broken, imperfect things which brought her worldwide recognition.  And so she puttered around day-to-day on her life’s work: a heavenly garden-oasis where “nothing evil“ can be found.